Components of Fitness for Bellydancers: Endurance

Components of Fitness for Bellydancers: Endurance

Shimmies take a lot of muscular and cardiovascular endurance!

In the world of fitness “endurance” can be either muscular or cardiovascular. Muscle endurance is your ability to repeat movements without fatiguing, cardiovascular refers specifically to the strength of your heart. Amping up your endurance means aerobic exercise and lots of repetitive movements… in other words, drills, drills, DRILLS!

What a dancer with good endurance looks like: She can perform moderately strenuous dance moves such as traveling steps and shimmies for at least ten to twenty minutes without tiring. She isn’t always out of breath; most of the time she could talk while dancing if she wanted. She doesn’t run out of shimmy power by the end of class. She maintains good posture and alignment, even when she’s been dancing for awhile.

You should work on your endurance if you:

1.) It’s hard to hold your arms up for too long. By the end of class, you look pretty deflated and your arm position might best be described as ‘chicken wings’.

Why: Your chest, shoulder, and arm muscles fatigue pretty fast if they are not regularly trained.

The Fix: Don’t let arm positions and movements take a backseat during your dance practice. Try to always be doing something with your arms, even if it’s just holding them in position. Switching positions, if you can, is better than dropping armwork completely. When your arms get tired take a break, but don’t forget to re-introduce them again a few minutes later. Want to kick up your arm strength even more? Introduce a veil to your practice. You don’t even have to dance with the veil, just holding it will be enough to make arms and shoulders work really hard!

2.) You do an awesome _______ shimmy… for about thirty seconds. Then it’s gone and your body feels kind of like Jell-o when you try to shimmy again.

Why: A shimmy is a very localized, but still very intense, demand on your muscles. They’ll fatigue quickly when you’re just starting to learn a new movement.

The Fix: Try cycling shimmies through several speeds to build muscle endurance. Start with a slow and large movement, refine to slightly smaller and faster, then return to slow and large. When you feel yourself getting tired try slowing down instead of stopping. It’s slightly less demanding for muscles, but they’re still engaged and therefore becoming stronger.

3.) Ten minutes or more or non-stop dancing to the music is certain to leave you out of breath.

Why: Your cardiovascular fitness, the ability of your heart to pump oxygen to your muscles, could be improved.

The Fix: You need aerobic exercise! Try to practice at least two or three times a week. Make a playlist of your favorite songs, ones that really get you pumped up, and dance without stopping for at least ten minutes. Incorporate moderately strenuous shimmies and traveling steps as often as you can.

Extra-curricular study: Aerobic exercise featuring repetitive movements is perfect for working on your endurance. Other forms of dance, such as Bollywood, can be really fun additions to your routine. My favorites? Walking/hiking and step aerobics!

Check out the other components of fitness for bellydancers: 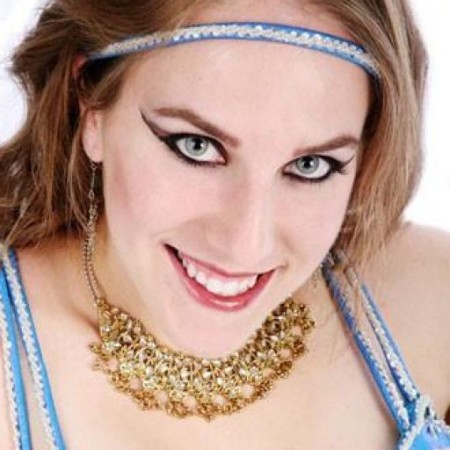